“The mind is not a vessel to be filled, but a fire to be kindled.” Plutarch

Are you familiar with NaNoWriMo? I had no clue what it meant and thought maybe it was some weird species of a rhinoceros (you know, Wrimo and rhino. Come on, it’s not that far of a stretch). Essentially, you’re challenged to write a 50,000-word novel during the month of November. 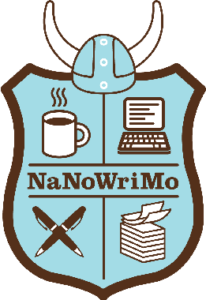 My son, Chase, accomplished this during his sophomore and senior year of high school. I had no idea he enjoyed crafting stories and delving into his creativity. He continues writing stories, which I’m proud of as he’s not a fan of reading. Maybe he’ll read his own books. A mom can dream.

I, on the other hand, love to read. And during this stage of life, I read more than usual. In fact, one year I read 75 books 😱. Most of the books I enjoy are Fantasy or Romantic Suspense. There are a few non-fiction ones, but honestly, I’m more interested in being entertained than bettering myself.

One day Chase said to me, “Since you love to read so much, why don’t you write a book?” My eyebrow shot up. Write my own? Hmm—there’s a thought. Back in high school, I had wanted to write a romance, but nothing really came of it. But now, as I searched for some purpose, the idea of writing a novel seemed doable and trudged from the back of my brain to the front. Ideas, storylines, characters, and dialogue swirled through my head. I attended a creative writing class, where I fell in love with writing, and my creativity receptors came to life like the grand finale on the Fourth of July. But more than just enjoying writing, I had finally found something that was all mine. A small fire kindled inside my mind.

My son’s innocent challenge ignited a dream buried under age, excuses, and responsibilities. Can anyone relate? Is there a dream or idea circling in your brain that you haven’t tried yet? What’s holding you back?

Share
← PREVIOUS
The Identity Quest NEXT →
My, What Lovely Adjectives You Have