When visiting Pandaren, you will find a land filled with magic, wonderment, and intrigue.

From the coastal villages in Opax to the impressive mountains in Paxton, there is something for everyone. Keep an eye out for those with magic, called Spectrals—their powers varying from controlling the elements to vaulting through space. If you plan to visit, you will need a reliable horse, quality fighting leathers, and a sword—just in case.

Orilyon, the kingdom city, is a must-see and hub of activity. The palace is magnificent at night when the white stone walls reflect the light, creating an ethereal glow. The sound of crashing waves and the smell of the Merrigan Sea complete the experience.

Near the palace is the Bastion Garrison, the training facility for the Watch Guard. Visitors are not allowed inside, but you can see it’s imposing walls and turrets from anywhere in the city and hear the clashing of swords and the snapping of a whip. Hunters, a group of lethal assassins, train inside the Bastion, and their dreaded skull masks may be the last thing you ever see.

As you head west toward Paxton, you will cross the Desert of Souls, a perilous section of land that carves Pandaren in two. In this desert is the magical Brymagus plant known for its ability to neutralize a Spectral’s powers. Unlike the coastal region of Opax, Paxton’s forests, streams, and towering mountains decorate the landscape with villages welcoming visitors and Spectrals alike. 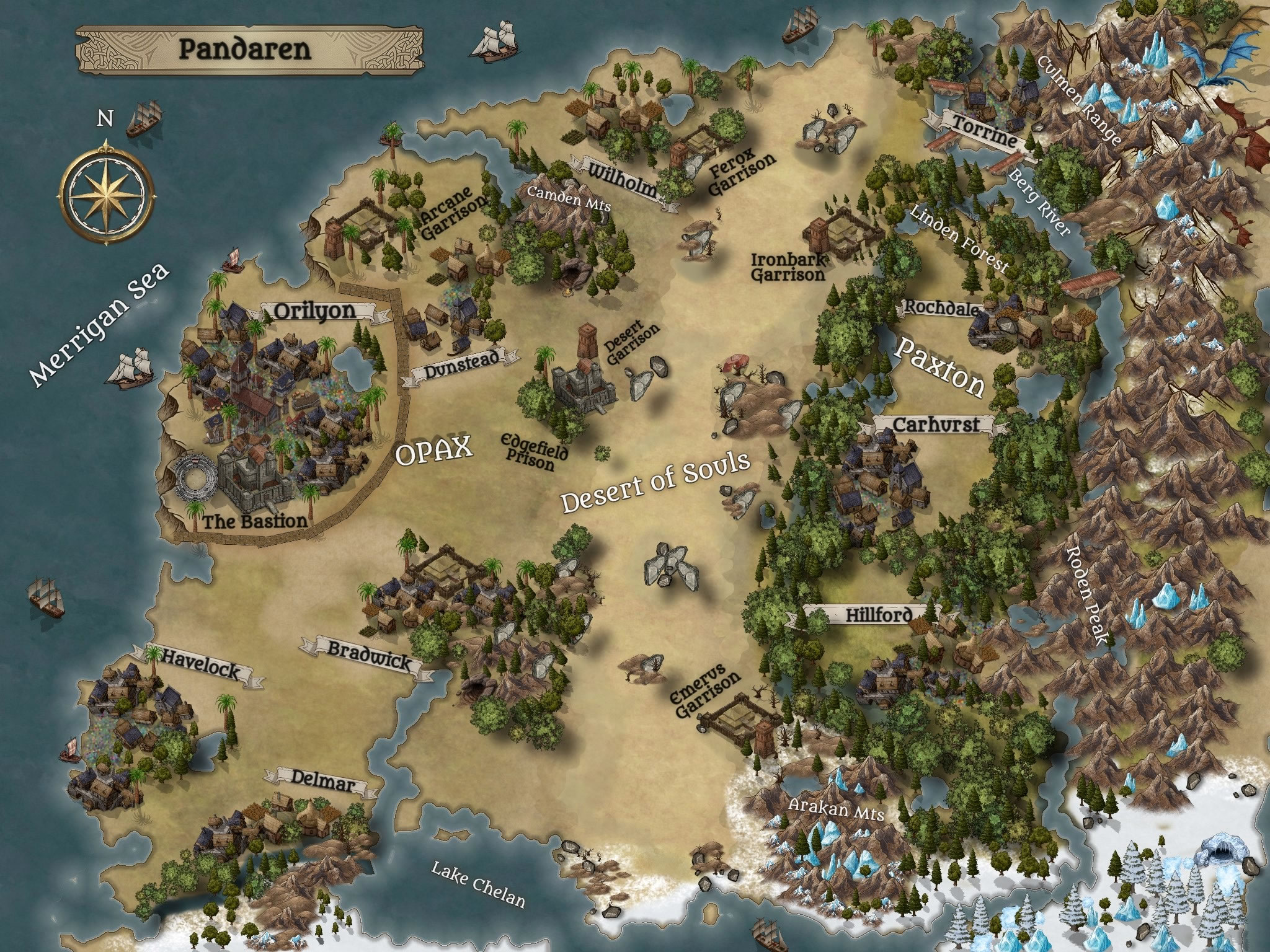 Training facility for the Watch Guard

The primary holding facility for Spectrals

Perilous section of land that carves Pandaren in two

The largest town in Paxton, known for its weekly market