What do You Fear?

“Never let the fear of striking out keep you from playing the game.” Babe Ruth

What do you fear? Spiders🕷? Heights? Scary movies? That hair on your chin that no one tells you about? 😂.

Everyone fears something - some of those fears are rational and some are not. 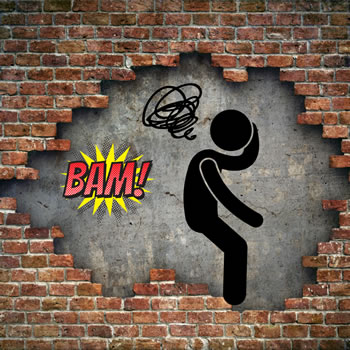 About a week ago, I was plugging along with the sequel to Chasing the Darkness, when I ran headfirst into a wall of resistance. Some authors call this writer’s block.

Have you heard of writer’s block? According to Merriam Webster, it’s “a psychological inhibition preventing a writer from proceeding with a piece.”

There’s some debate between authors concerning if writer’s block exists or not. But I did find an article that states there are three common causes:

Since it’s October, and the ghouls and ghosts will visit soon (along with loads of candy), I thought the timing was perfect to talk about fear. (Did you see what I did there?)

I recently discovered that the reason I was struggling with book 2, and why I took a header into the wall of insecurity, was due to fear.

Fear is not inherently good or bad. It’s there to keep us safe. The key is not letting fear control us, but to conquer it. Tony Robbins, an entrepreneur and NY Times best selling author has a blog with ten ways to overcome fear. I’ve tweaked five of them for our purposes.

I hope this helps you overcome fear in whatever you’re dealing with. For me, I took a break and then got back to work, focusing on what I could control, instead of what I couldn’t.

What do you fear? I’d love to hear from you, so drop me an email.